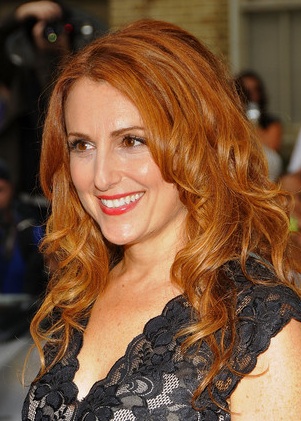 Born and raised in Memphis, Tennessee, Jodie Markell attended Northwestern University where she was mentored by writer/director Frank Galati (RAGTIME, THE GRAPES OF WRATH) in the field of adaptation of literature to the stage and screen.

Markell has been featured in films by directors including Woody Allen, Jim Jarmusch, Todd Haynes, Ira Sachs, and Barry Levinson. She also played a recurring role on HBO’s BIG LOVE. After receiving the Obie Award for her leading performance at The Public in Sophie Treadwell’s MACHINAL (a 1929 play she rediscovered and brought to Joseph Papp’s attention), Markell was invited by Richard Eyre and the National Theater in London to be the creative consultant to Stephen Daldry on his award winning production of MACHINAL with Fiona Shaw.

Markell directed several plays at Naked Angels including AFTER THE DEERHUNTER by Nicole Burdette starring Logan Marshall-Green. Markell adapted and directed the award winning short film WHY I LIVE AT THE P.O. based on Eudora Welty’s classic story and starring Robert Morse. The film played at numerous festivals including Seattle Film Festival/Women in Cinema and the Hamptons Film Festival. At the New Orleans Film Festival, her film was awarded the Lumiere Award and the Moviemaker Magazine Breakthrough Award—the highest award given to any film in any category at the festival. The film was invited to screen at the National Museum of Women In The Arts in Washington D.C.

THE LOSS OF A TEARDROP DIAMOND is Markell’s feature film directing debut which she adapted from an original screenplay by Tennessee Williams. The film stars Bryce Dallas Howard, Chris Evans, Ellen Burstyn, Will Patton, and Ann-Margret and premiered at the Toronto Film Festival before its theatrical release. The New York Times calls the film “A significant feat of reclamation.” The LA Times says, “Lovely. A film to savor. Rich in ways that are all too rare these days.”